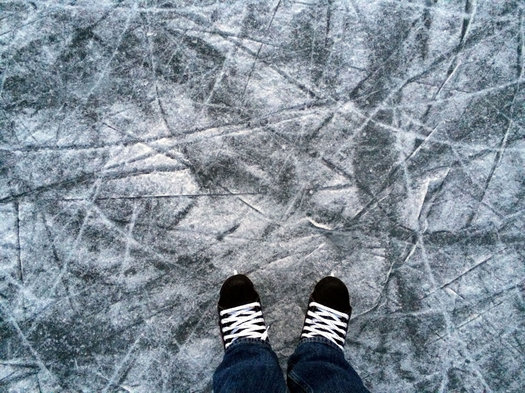 Every winter, we would freeze over a patch of land in our backyard, nail together some boards, break out some spotlights and step out onto our very own homemade rink. Figure skating was never really a draw to us – my siblings and cousins and I loved the fast-paced excitement of hockey and the team-work – bonding as a team (sometimes to beat our other siblings) really brought us closer as a family. Any mistakes on the ice were simply healed with a pat on the back and a mug of warm cider.

As someone growing up with a bevvy of brothers and a boatload of male friends, seeing a great event like Wickfest really warms my heart. I’ve played pond hockey my entire life and as much as I can’t really skate circles around the boys (I try my best though!) it’s great to have such a wonderful role model like Hayley Wickenheiser for me, and thousands of other hockey-loving girls, to look up to.

It’s such a male-dominated sport that having such an inspirational female player who is so highly regarded on the world stage to root on is incredibly refreshing! Hayley Wickenheiser has won five Olympic medals over the span of her career. That is only one of the highly impressive milestones in her career – it all started at age 15 when she was chosen for the Canadian Women’s National Team. She’s built up quite the impressive trophy cabinet since then. She has led the team to six gold and one silver medal at the international level, and earned four gold and one silver medal at the Olympic level.

And that’s exactly why Wickenheiser started WickFest! Wickfest is an annual hockey festival set up by Canadian hockey legend Hayley Wickenheiser and draws teams from across North America for seminars, workshops and a friendly tournament. The festival brings 1,500 young girls from across the country to celebrate the sport they love. This year, it takes place in Calgary, from November 26th – 29th. 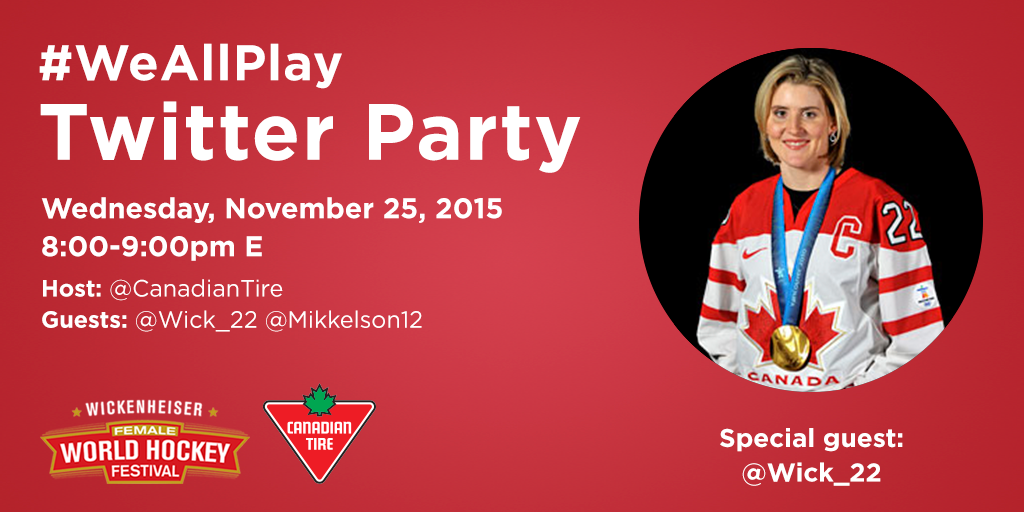 Canadian Tire is the incredible sponsor – for the third year in a row they are supporting female athletes across the country follow their dreams!

Join us for the #WeAllPlay Twitter Party with Hayley and fellow Olympian Meaghan Mikkelson.

Meet you at the rink!