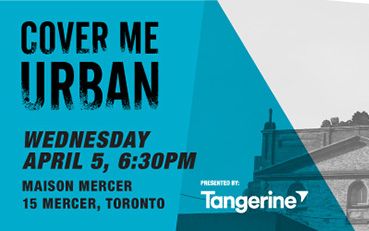 On Wednesday April 5th, I had the opportunity of attending Cover Me Urban a fundraising event for Youth Without Shelter as a guest of Tangerine Bank.

The event was held to raise money and awareness about Ending homelessness…one youth at a time, one step at a time.

About Youth Without Shelter

Youth Without Shelter (YWS) is an emergency residence and referral agency serving homeless youth who are dedicated to providing shelter and support programs for homeless youth ages 16­-24 and provide an independent shelter, committed to diverse client ­focused services, in a safe, non­judgmental supportive environment. Their programs enable youth to live responsibly and independently in society.

Frustrated with the lack of safe, emergency housing and support programs for their students, in 1986 a group of teachers and guidance counsellors created Youth without Shelter. Since that time YWS has helped more than 15,000 homeless youth to build their confidence and life-skills and to find long-term stable housing and jobs. Open 24 hours a day, seven days a week, they are dedicated to providing getting youth off the streets permanently by providing shelter and support programs in a safe environment.

About Cover Me Urban Event

The event was held at the Maison Mercer. It was fun filled night with great food, fashion, drink and conversation – all in support of Youth Without Shelter.

Check out the event pictures and partcipant links below 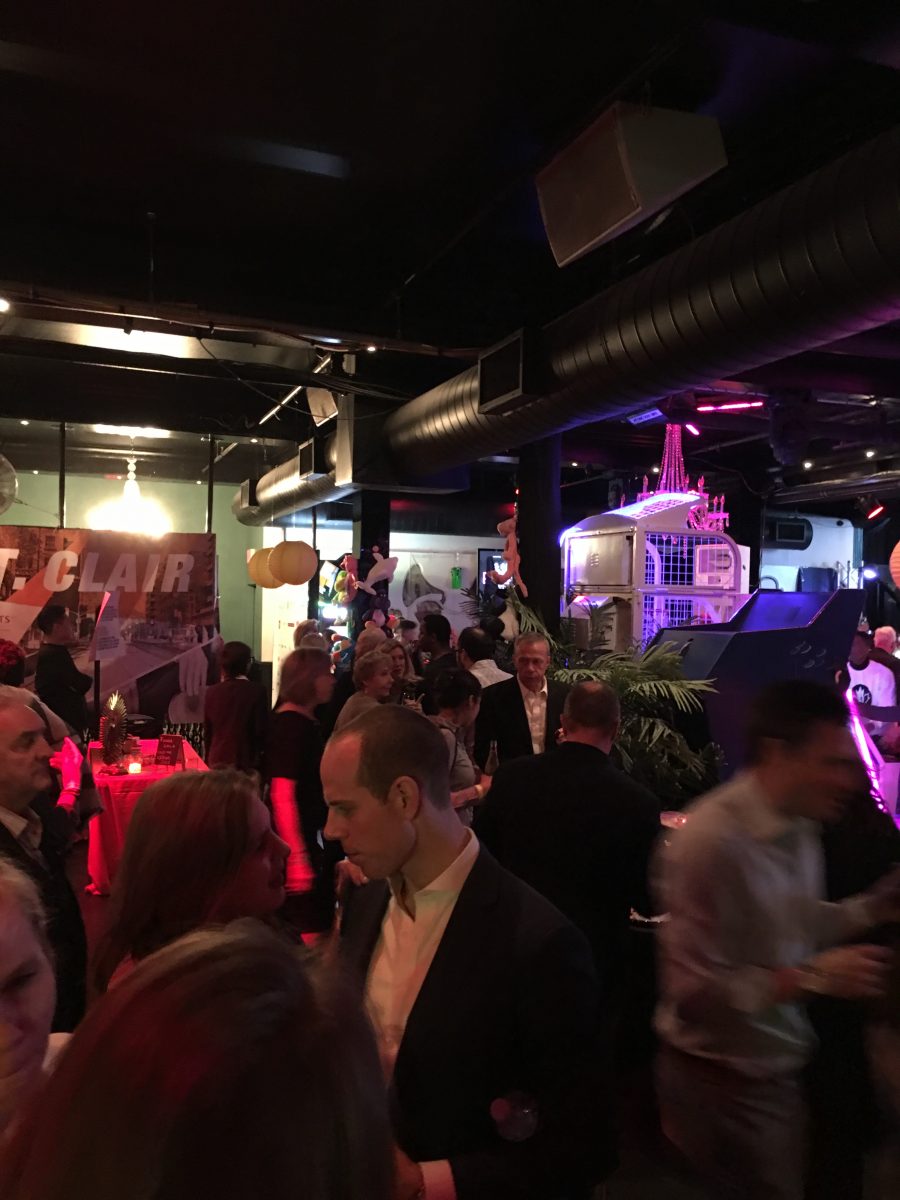 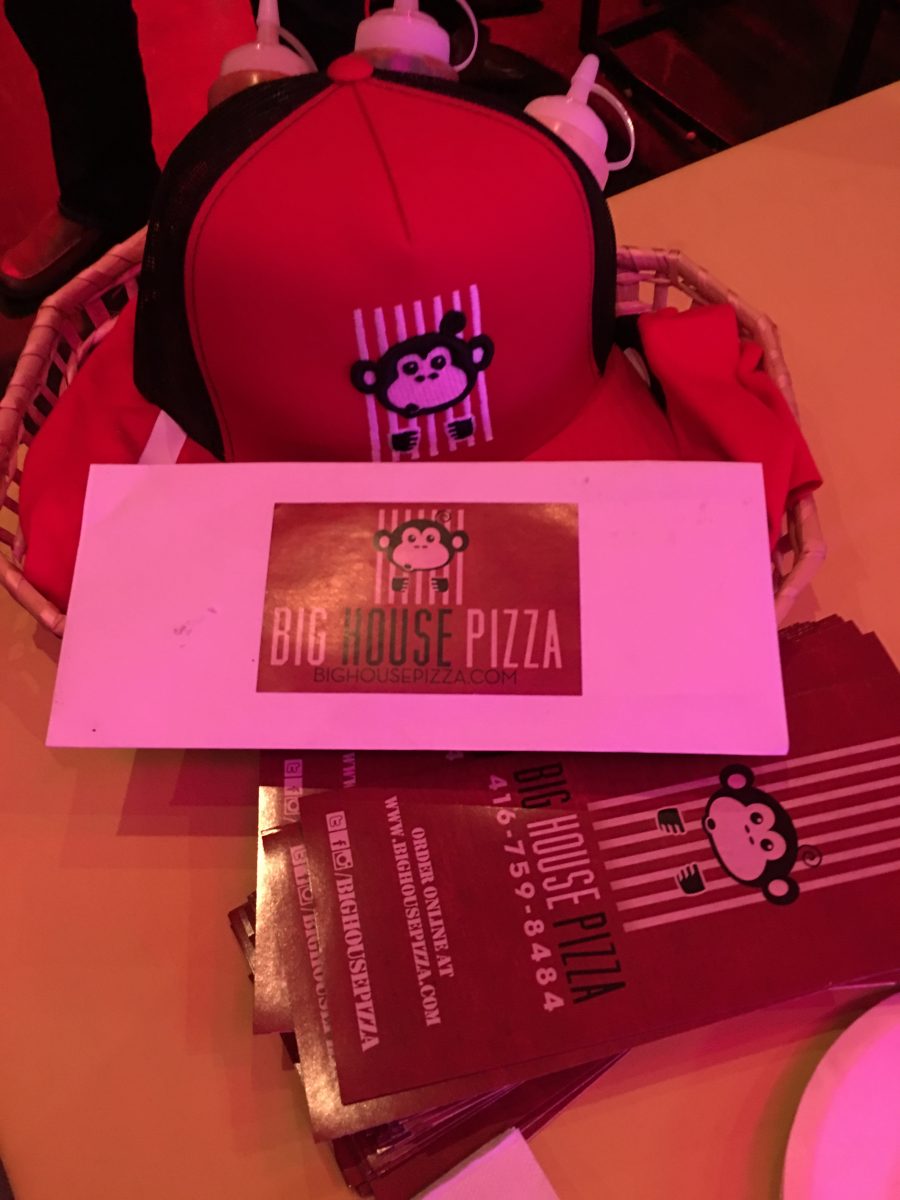 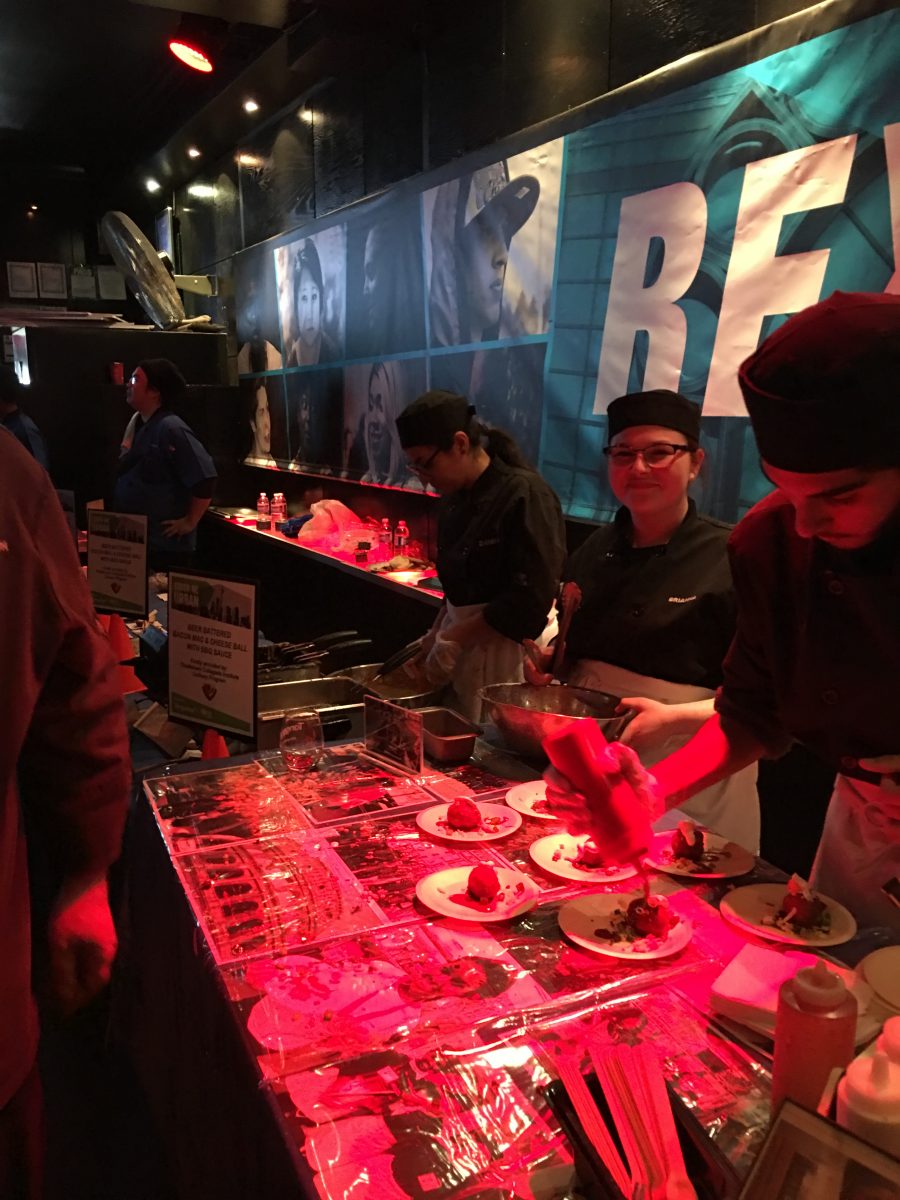 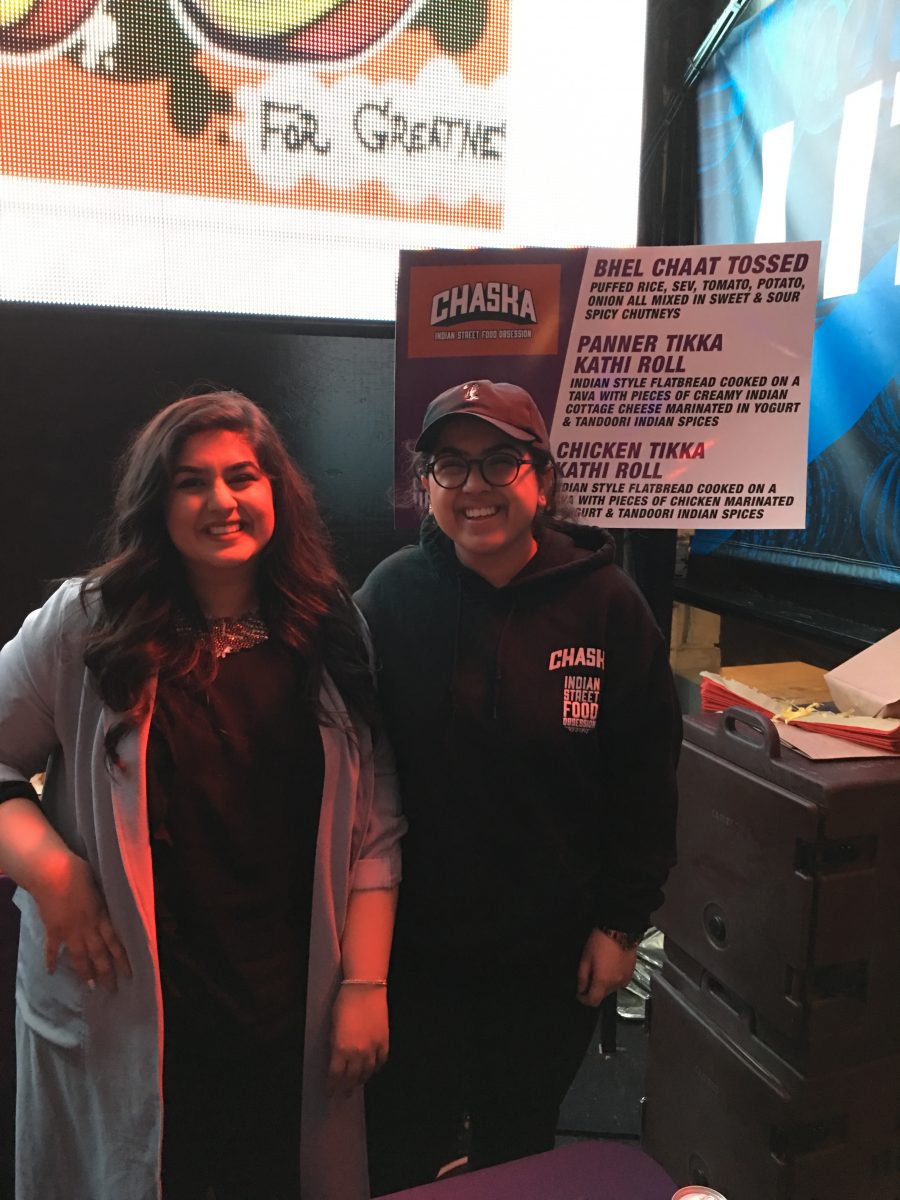 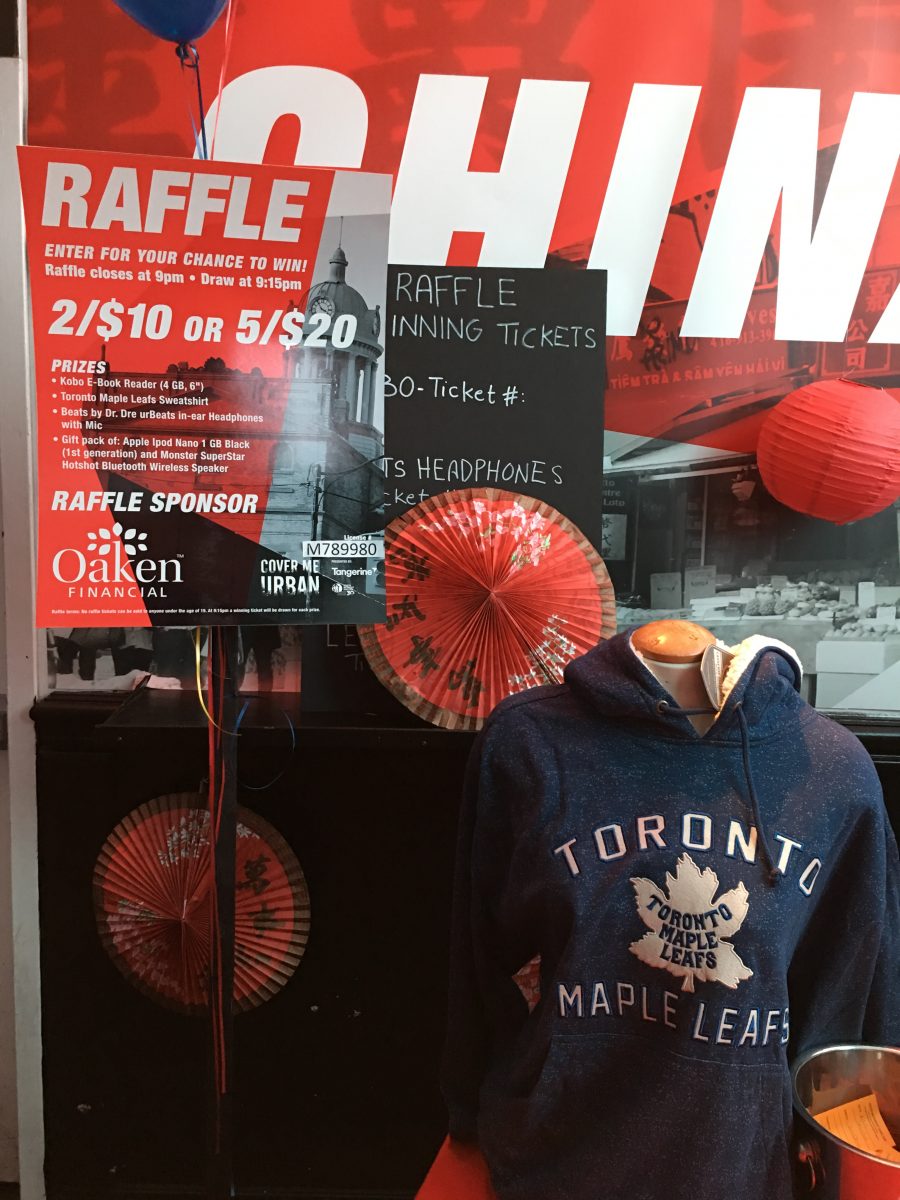 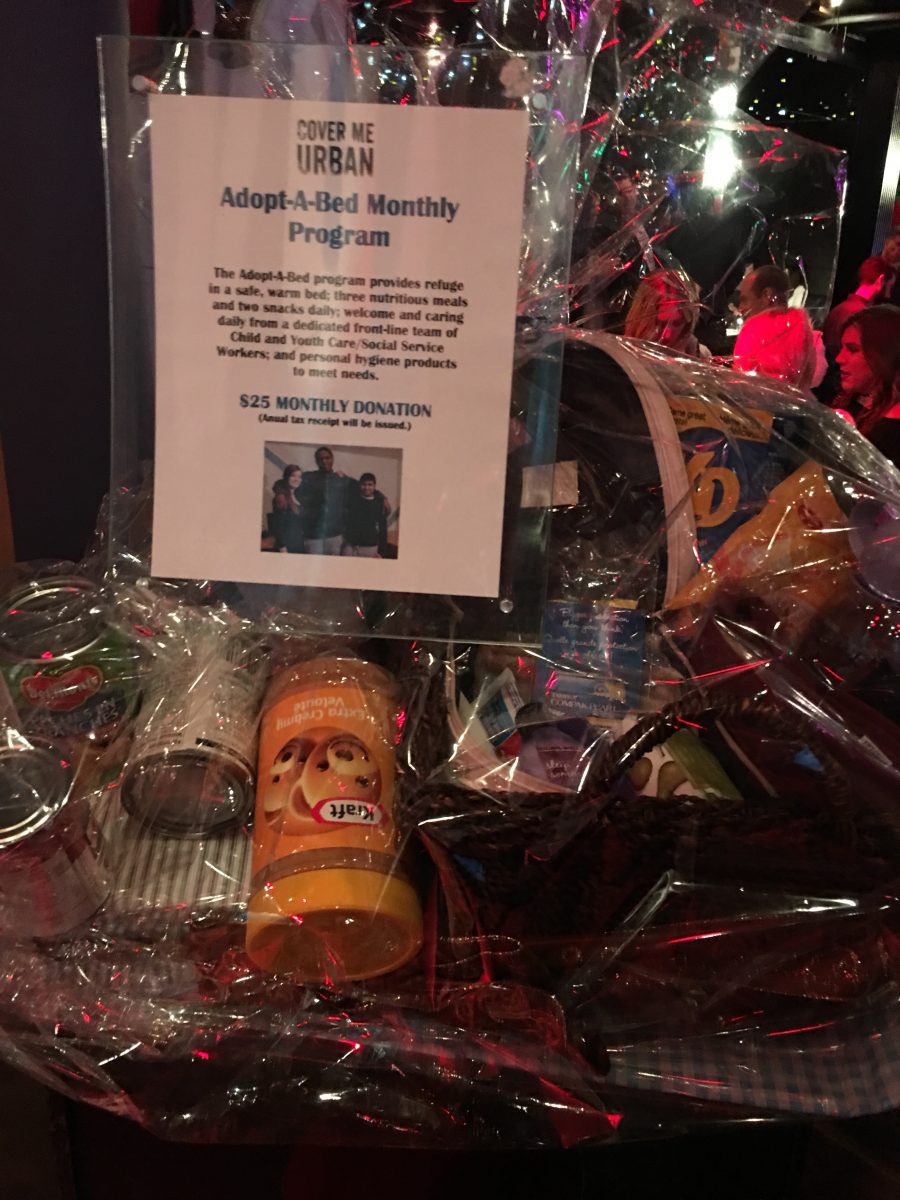 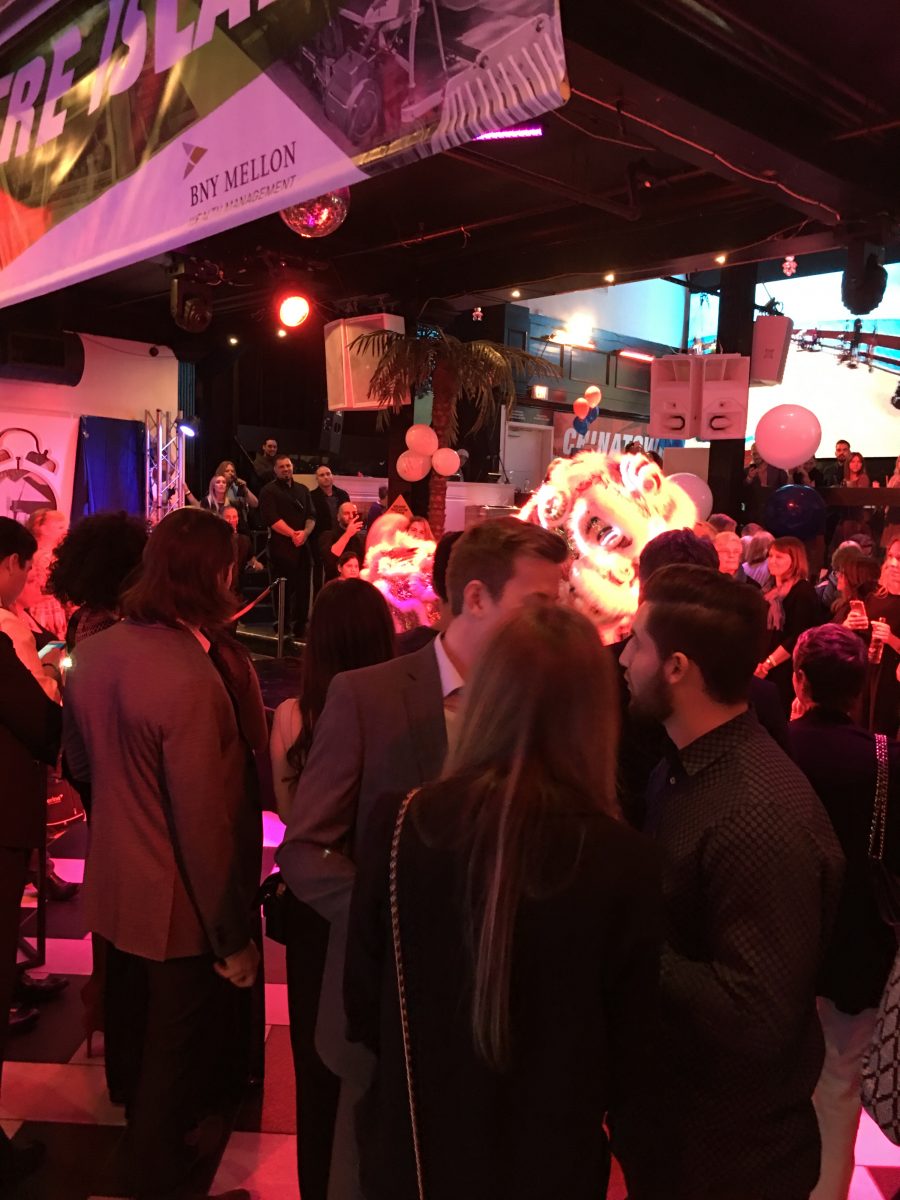 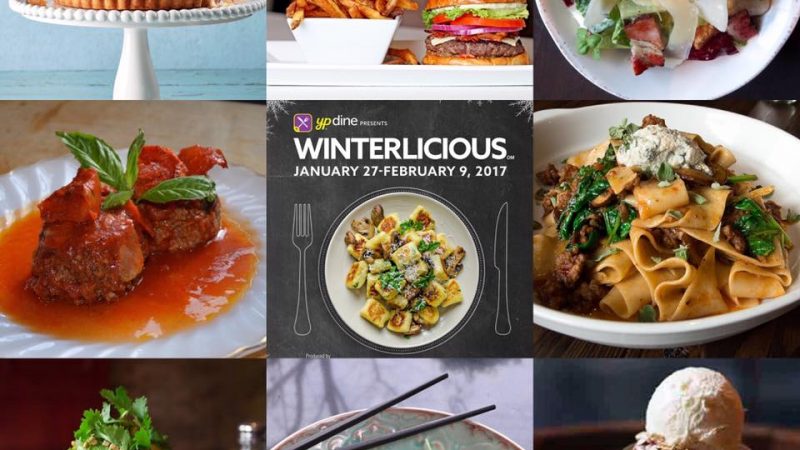 It’s that time of year again! If you live in Toronto then it is time to make reservations at your favourite restaurants, or the ones you really want to try!

About Winterlicious and Summerlicious

The Summerlicious and Winterlicious programs are produced by the City of Toronto. The Licious programs began in 2003 as a way to boost Toronto’s restaurant industry during typically slow periods of business. In the years since the programs’ inception, participating restaurants have served 6.2 million meals during the promotion periods, generating more than $275 million in economic activity for the local restaurant industry. The Licious programs were ranked in the top three all-time favourite festivals, fairs and events in Field Day’s fourth annual Toronto entertainment survey.

Toronto is Canada’s largest city, the fourth largest in North America, and home to a diverse population of about 2.8 million people. It is a global centre for business, finance, arts and culture and is consistently ranked one of the world’s most livable cities. For information on non-emergency City services and programs, Toronto residents, businesses and visitors can visit toronto.ca, call 311, 24 hours a day, 7 days a week, or follow us @TorontoComms.

Details about Winterlicious are available at toronto.ca/winterlicious. 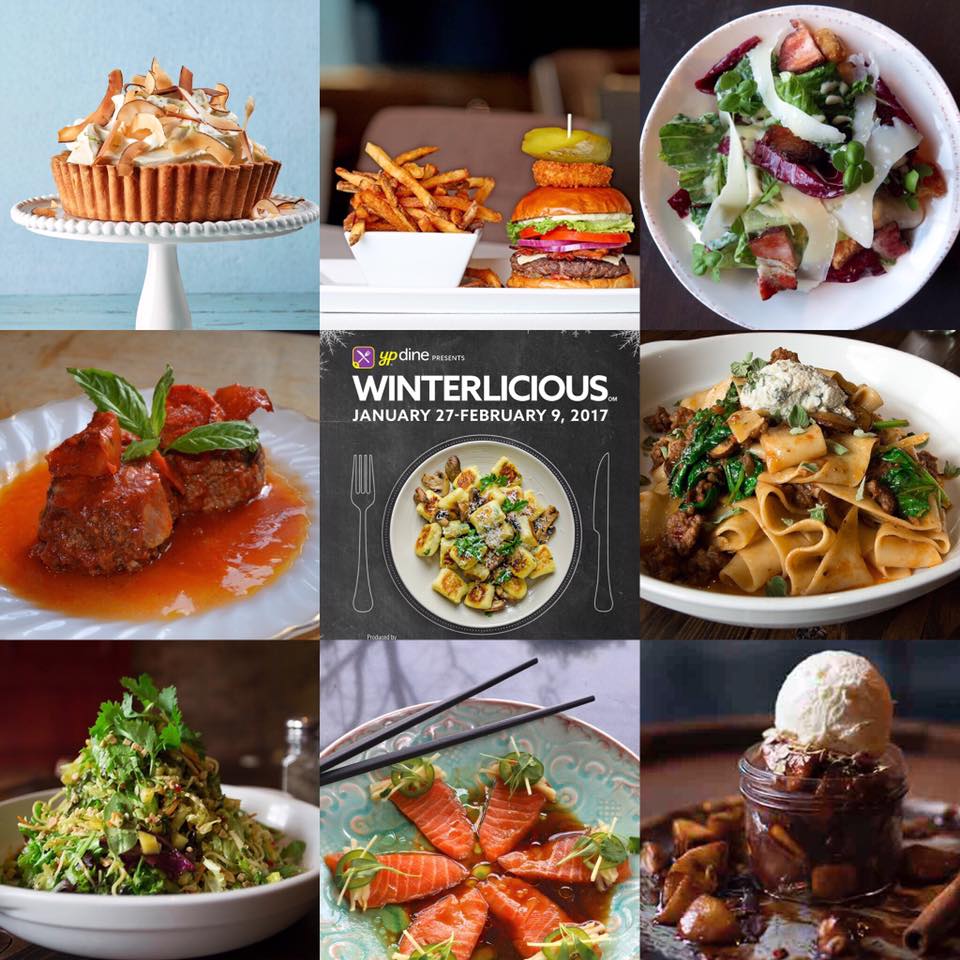 • A Night at the Court
Arcadian Court – February 2

• Murder at Sea! A Canadian Cruise of Titanic Proportions
Mysteriously Yours – February 3 and 4

Reservations are strongly recommended and are to be made directly with the participating dining establishment. A complete list of participating restaurants is available at toronto.ca/winterlicious.

ESKA Natural Spring Water continues as the official water sponsor of the event, featuring both still and sparkling water at select restaurants. 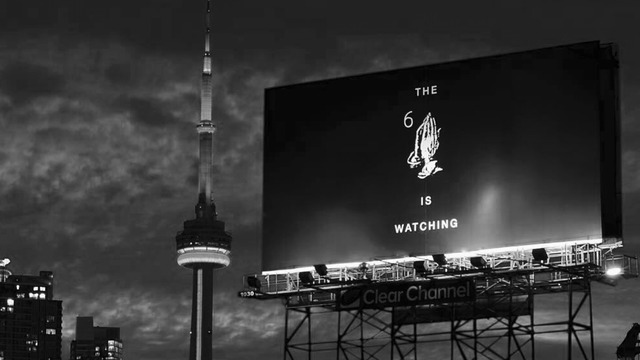 It’s the day everyone has been waiting for – Views from the 6 is being released! Drake’s newest project has been teased about for months- since he first dropped his ‘Hotline Bling’ track last October, and “Summer 6teen” in February, there’s been no concrete date for his newest albums drop! But this week, the Toronto rapper dropped the album artwork for his cover album which means – it’s time for the actual release! Expect Drake to be blasting EVERYWHERE this weekend!

The Drake Hotel (no relation to the rapper), is hosting a Views from the 6 listening party – and yoga session on May 1st! It’s taking place at the Drake Underground, and is $10 at the door. All proceeds go to the Raptors Kids Foundation 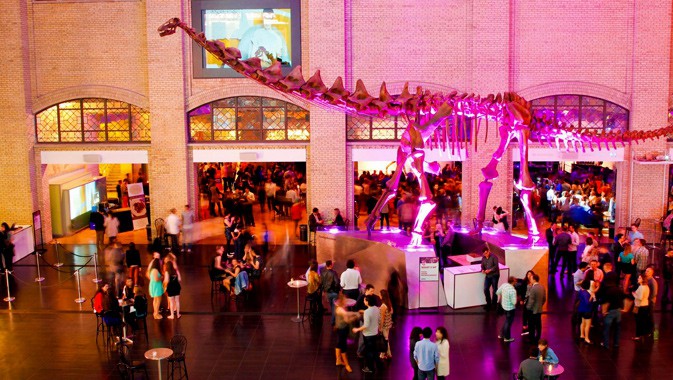 Also on Friday, it’s the annual Friday Night Live at the ROM! This late night event will celebrate tattoos – the culture behind them and some brand new exhibits at the ROM! DJs, delicious pop-up food stands, drinks, and art! What better way to spend a Friday night? You can buy your tickets here

Do you like ice cream cones made out of donuts? Do you like pulled duck tacos? Do you like fresh pasta? The food truck market at the Evergreen Brickworks Market is the place for you! In addition to the year round weekend farmers market, the Brickworks market is now offering FOOD TRUCKS! There’s about six food trucks offering up delicious grub, as well as fresh coffee and fresh lemonade!

The market is accessible by bus or by car (or by a BEAUTIFUL thirty minute hike from Davisville station!) 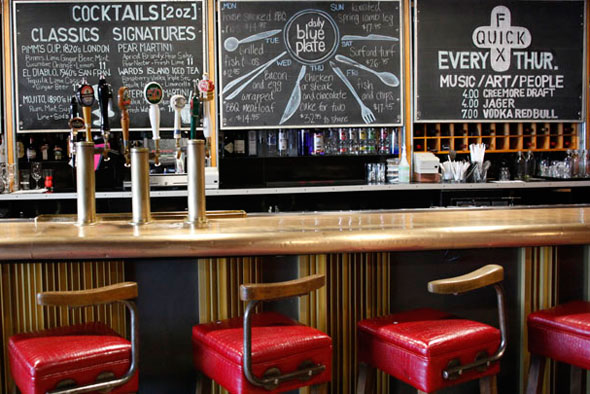 Okay, this isn’t technically the weekend, but next Thursday is Cinco de Mayo! The city is celebrating the Day of the Dead with Mexican-themed events across the city.

At the Drake hotel, chef Donnie Masterson will be cooking up Mexican inspired burgers while tequila will be pouring. 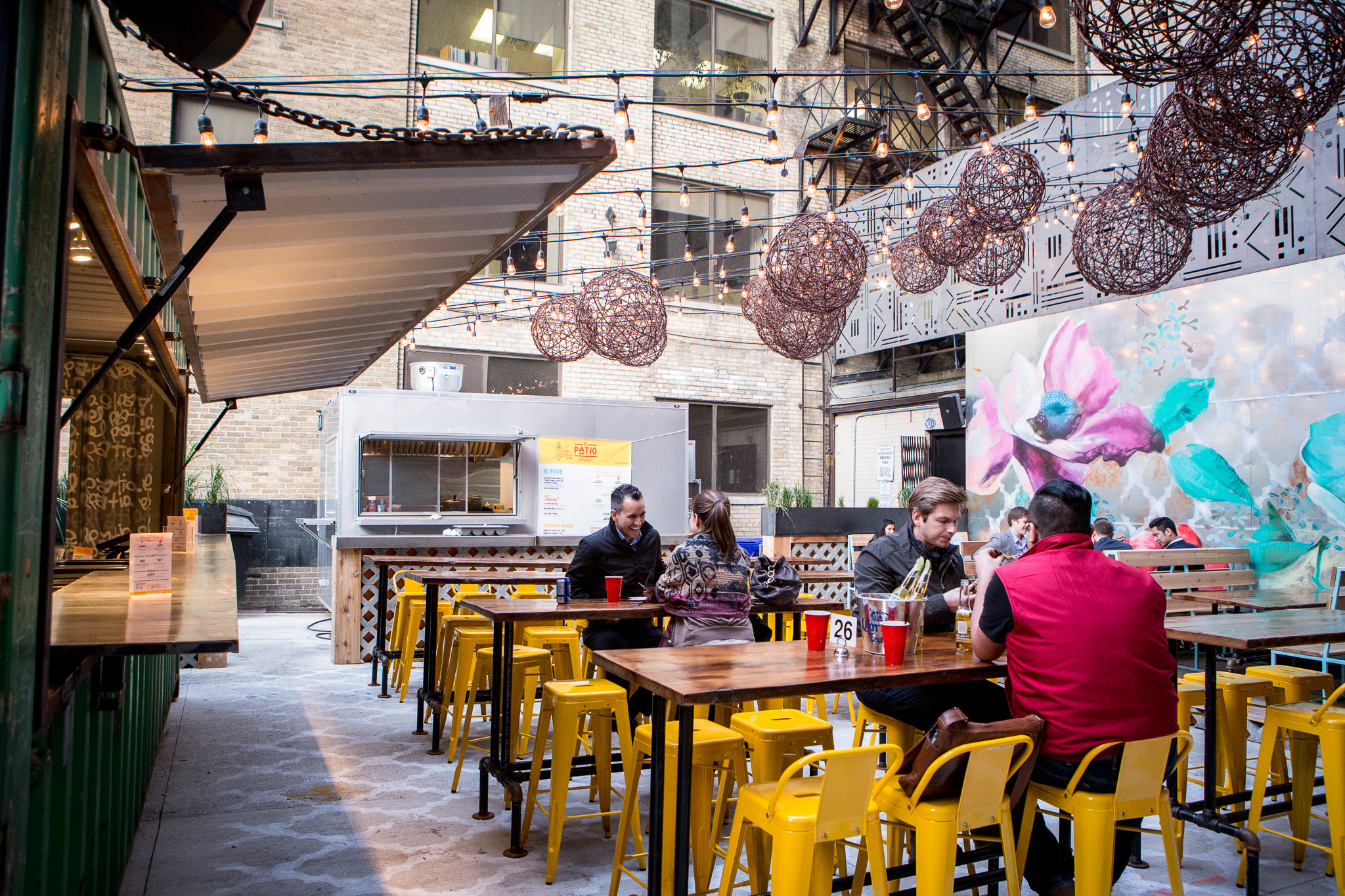 King West patio (trust me – it’s the best patio in the city!) El Caballito will be hosting a whole weekend of activities!

On May 1st, they’ll host a Los Arrangos tasting. May 2nd and 3rd will have Margarita specials, May 4th will boast an all day Mexican brunch and May 5th? Tacos! 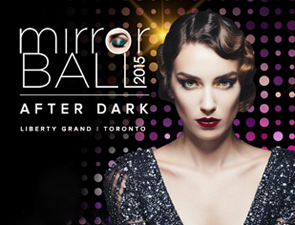 Mirror Ball is this Saturday and I’ve been dreaming up what I’m going to wear for weeks!
This year’s Mirror Ball is set to be the event of the year – the big names of the fashion and beauty industry will all be in attendance at the glamorous gala, and the after party is stacked with big name sponsors (Swarovski and BirchBox to name a few) to guarantee the funnest after party around.

At the infamous Mirror Ball After Dark, musical guests The Collective with Miles Raine will have you dancing as you enjoy gourmet hors d’oeuvres, premium bar and gifting suites. Find out more about the event here: www.mirror-ball.ca

Not only is this event one of the glammest events around, but it’s supporting a wonderful cause. Mirror Ball is in support of Look Good Feel Better and FacingCancer.ca – two wonderful foundations that help women facing the Cancer Blues to feel the best they can. 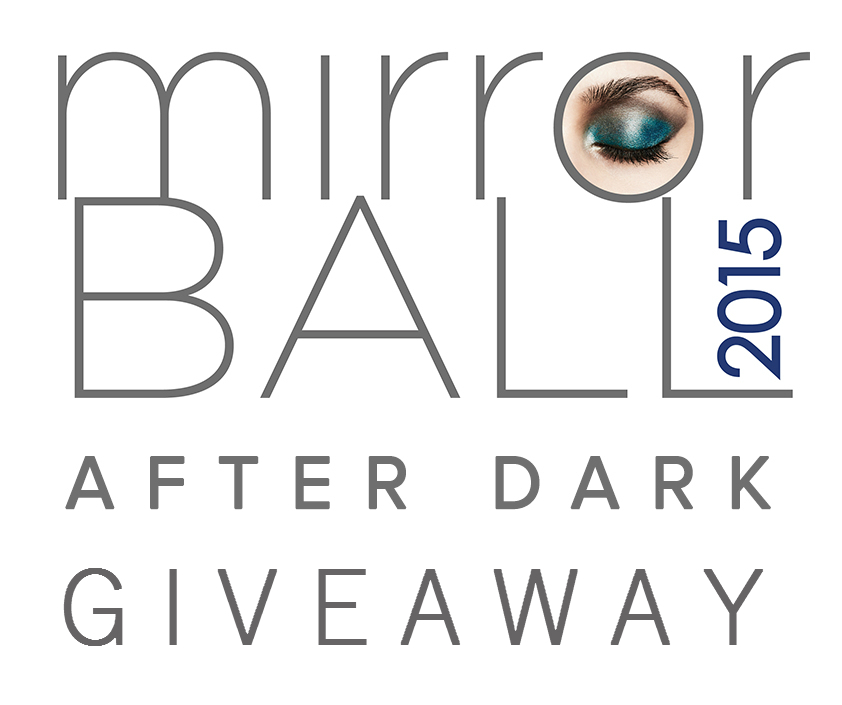 Don’t have tickets? Lucky for you I’m giving away TWO TICKETS to this exclusive after party! Swing by my instagram page to enter – all you have to do is follow @Shes_Influential and @BeautyGivesBackCDA and let us know who you’d love to bring!

We acknowledge that this promotion is in no way sponsored, endorsed, or administered by or associated with Instagram. By entering, you are confirming that you are indeed 18+ years of age, release Instagram from any and all responsibility, and you are adhering to Instagram’s terms of use. Winner will be randomly chosen and announced 48 hours after giveaway ends. Contest open to Toronto-area residents only. Transportation and accommodation are not provided. Void where prohibited by law. 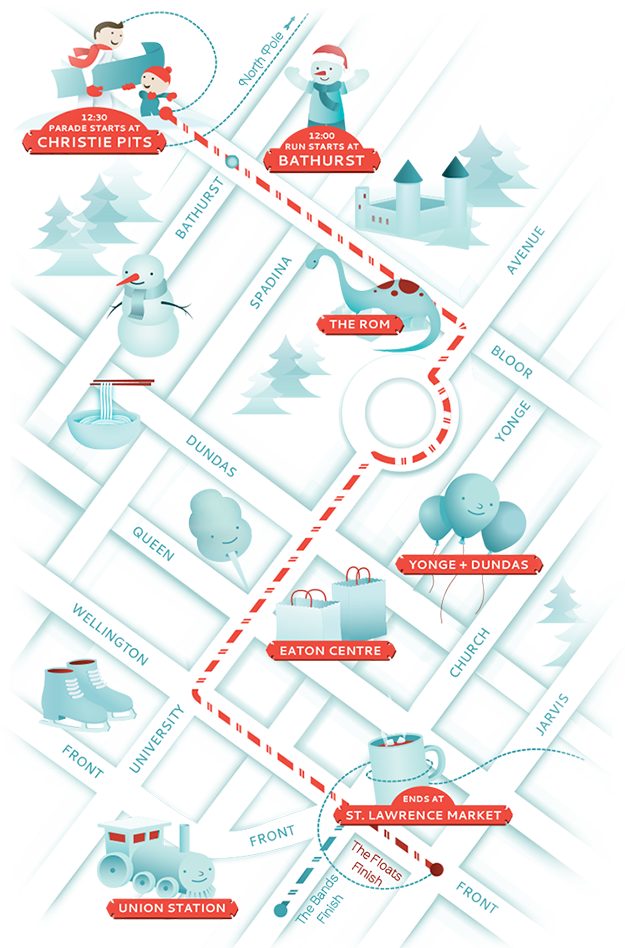 The holiday season has just arrived and we can’t wait to get started with the festivities. Nothing is better to brighten the holiday spirit than attending the 111th annual Toronto Santa Claus Parade.

On November 15th, Santa Claus and his friends will begin the march from Christie Pits (Bathurst and Bloor) at 12:30, and make their way down to St. Lawrence Market (Front and Jarvis). The parade includes more than 25 animated floats, 2000 costumed participants and 200 Celebrity Clowns! Check out the parade route to see where Santa will lead his friends so you can find a great spot to observe.

What makes the parade so special?

Other than the chance to see Santa, the parade holds historic significance for the city of Toronto. Initially started in 1905, The Santa Claus Parade has become a local tradition that is celebrated and enjoyed by Canadians all across the nation and worldwide. It is broadcasted across North America, and is also enjoyed by viewers as far as New Zealand, Norway and Iceland. The Toronto Santa Claus parade is considered the longest running children’s parade in the world and holds great significance in initiating the festive season.

In order to show support for the parade and provide support to the 180 Mosquito Air Cadets, attendees are encouraged to wear a red nose. You can purchase one for $2 or three for $5, and all proceeds will go to the parade organization and the cadets. To find out more information, click here. 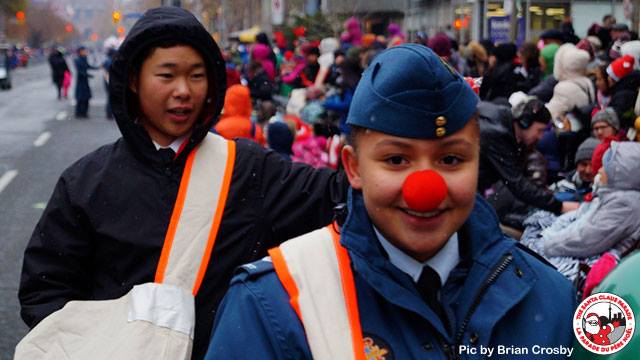 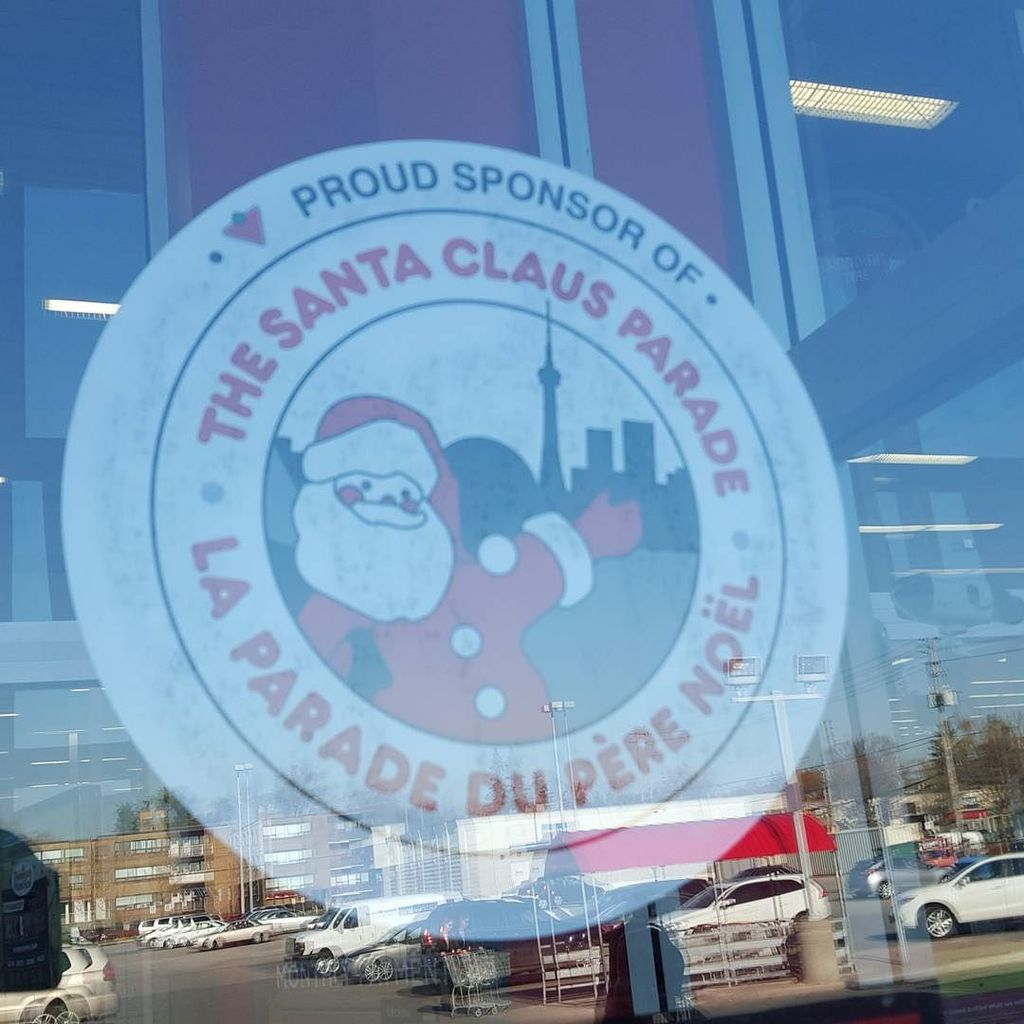 Canadian Tire is a proud sponsor of the event. They will be hosting Mrs. Clause on the second last float of parade! Mrs. Clause will help you entertain for Christmas with the complete line of My Canvas products from Canadian Tire.

Check out what products Mrs. Clause will be using on the float: 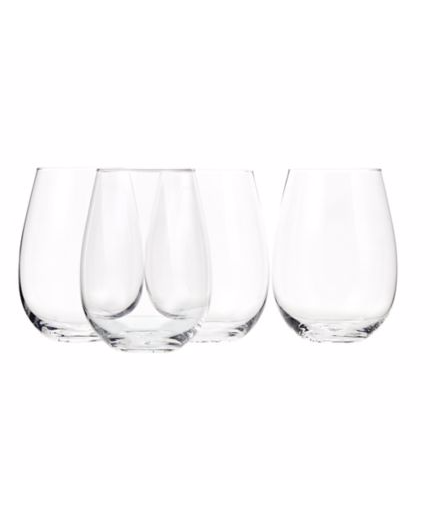 This Stemless Wine Glass set is perfect for entertaining! 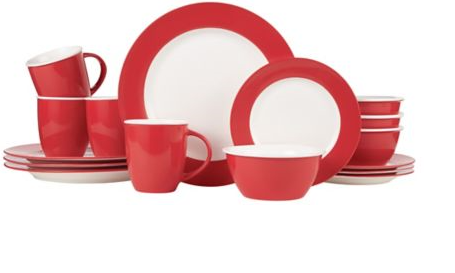 How fab is this 16-piece Dinner Set? 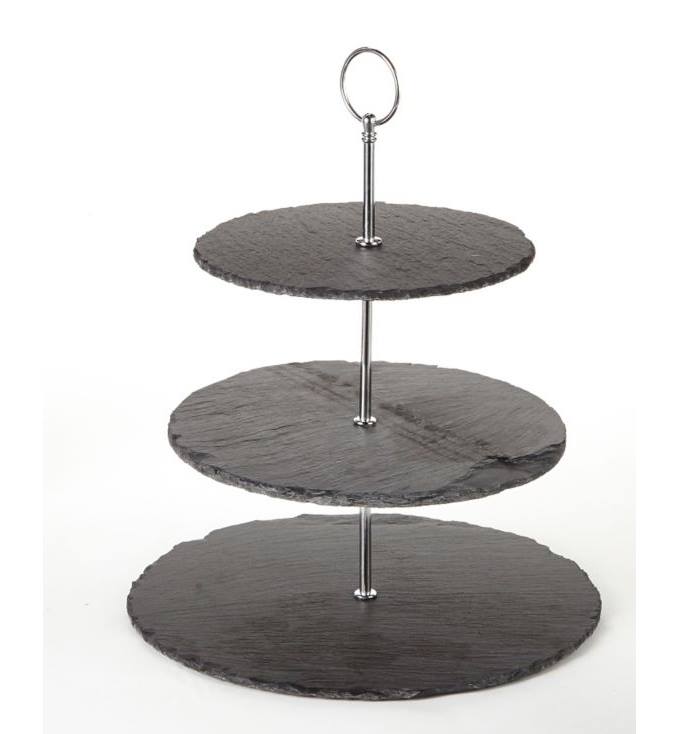 This 3 Tier Serving Stand is perfect for storing sweet treats! 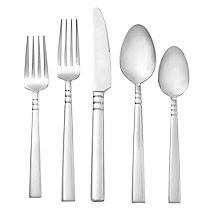 This sleek Flatware Set will match any table setting! 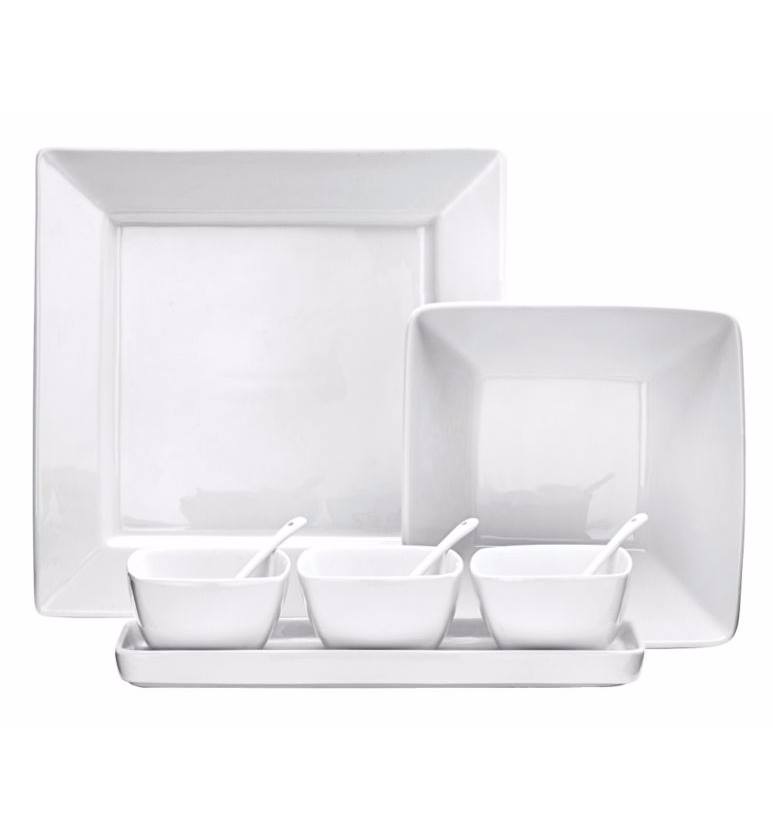 How good will your scrumptious sides look on these Porcelain Serving Pieces? 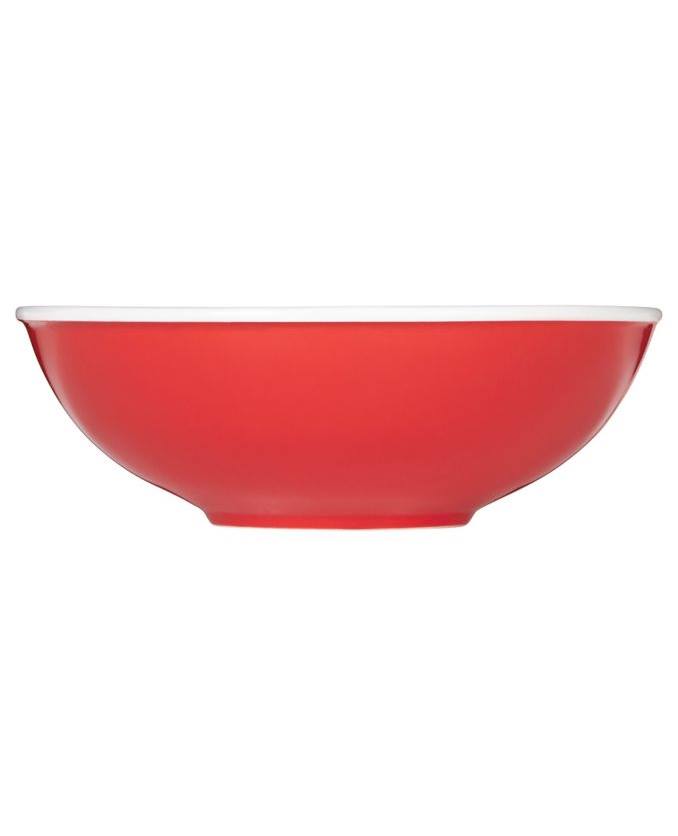 Love the subtle holiday hues on this 4-Piece Bowl Set! 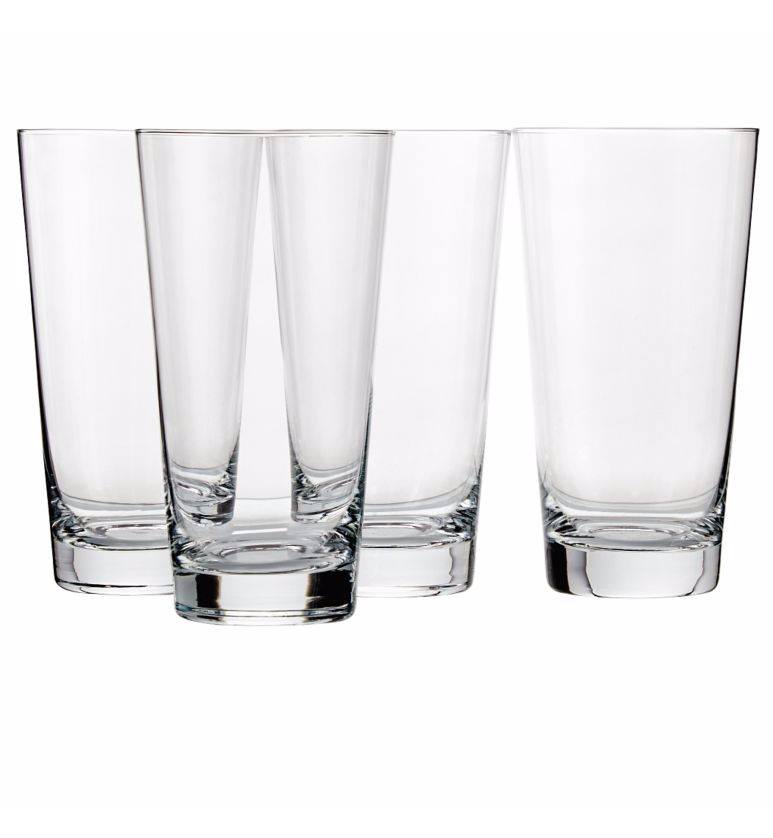 These Highball Tumblers are perfect for any beverage you’re pouring!